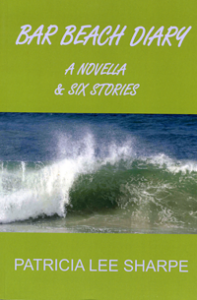 Fresh. Incisive. Inspired.
An impressive collection.
Some boldly, some timidly, the protagonists in Bar Beach Diary take stock of their lives, then break the rules, exposing themselves to unfamiliar settings that challenge them further. Adventures may turn into misadventures, but potential is unleashed. Lives are changed.  –Kirkus

The story “Blue Sheep” asks: What’s failure? What’s success? Germaine, a trekker from Arizona, tackles Ladakh’s austere Himalayan terrain and finds that the two may be hard to tell apart. The story begins mid-trek after initial hopes have imploded:

Sher Khan is a sturdy little mountain horse whose name means Lion King. Tireless, tolerant and finicky only about his footing, he’s a sensible little horse who lives by threading his way over the high passes of Ladakh. Sometimes he’s loaded with tents and food. Often, as now, his cargo is human. Germaine should feel secure. She doesn’t. Folded and refolded to serve as a saddle, the blankets she’s perched on could shift at any moment. Slipping rightward she’d be scraped, bruised or concussed, depending on how she hit the canyon wall. A spill to the left would plunge her fatally into a seasonably shallow Markha River…..

The title novella in Undertowopens with an epigraph from the Bar Beach Yacht Club handbook: “Remember! People have been drowned on these beaches just standing up to their thighs in the sea.” Does this warning (reinforced by advice from her Embassy colleagues) keep Elena Swift away from the notorious Bar Beach? Not at all. Check out some bits from her memoir:

Shortly after my arrival in Lagos, two young people, a boy and girl, went for a swim off Bar Beach and drowned. Now I, too, am becoming a Bar Beach person. My time is twilight, when the ghost of a breeze helps me to remember what coolness is. Gray sky. Gray water. The tranquil time, a sweet transit toward unbroken, untroubled sleep after painfully long days of disappointing people. Lethe without the lethal. . . . .I turn off my static-spitting two-way radio and try to forget about my caseload of Americans in trouble. It’s not easy. There’s the clueless kid from Brooklyn who’s facing a death penalty for possession of a sockful of heroin. He fails to grasp the gravity of the situation, though I’ll probably get him pardoned. There’s the Baptist missionary ranting about fanatics in Zaria who set fire to a stash of Bibles. We can’t intervene. There’s a roots-seeking romantic from Chicago’s South Side with multiple injuries from a bus-truck collision. We visit him every day, but that’s not enough for his mother, who accuses us of negligence. . . . .

Meanwhile, I’ve got one young visa officer suffering insomnia from the stress of saying no, no, no. Another’s so cynical he never says yes. She needs hardening. He needs humanizing. Nothing’s formulaic about this business of mentoring first tour officers. . . . .Plus, there’s this, the poison pink icing on the cake: an all-powerful ambassador who’s impossible to psych out. . . .But Bar Beach is always waiting. The sun descends. The temperature drops. The sluicing of the waves soothes like a soft hand on a forehead corrugated from tension. Anxieties dissolve in the small pleasures of the moment. . . . .

To read the rest of
Bar Beach Diary